The Pegasus bridge and Pegasus Memorial Museum are located in Bénouville and Ranville in the Calvados region of Normandy.

Just after midnight on 5th June 1944, 6 aircraft from the 6th British Airborne Division carried out their mission. Part of this mission was to capture the bridges across the River Orne and the Caen Canal. This meant that the seaborne troops arriving from Sword Beach could cross them and prevent the German forces using them.

The original bridge at Bénouville is now displayed in the nearby park of the museum. Visitors can see the Pegasus bridge, a Bailey Bridge and a full size replica of a wartime Horsa glider.

In less than ten minutes both bridges had been captured intact although there were fatalities. Many of those killed in action are buried at nearby Ranville cemetery. 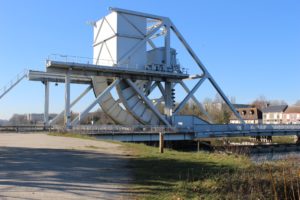 In 1961 the bridge featured in the D-Day film, produced by Darryl Zanuck, The Longest Day. 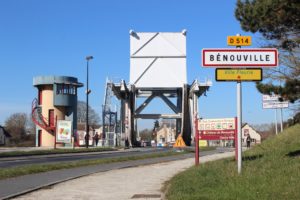 The bridge was replaced in 1994 by a new bridge. You can walk or drive across the bridge. There are currently roadworks being undertaken with one way traffic from Ranville to Bénouville. This is the current situation as of the end of February 2019. 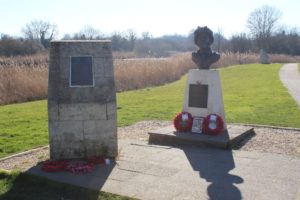 As well as the bridge, there are memorials and sculptures on the Pegasus Trail where 3 of the Horsa aircraft landed. Have a look at the drone footage below of the bridge area.

The museum is dedicated to the 6th British Airborne Division. Visitors will learn about the different missions undertaken including capturing Pegasus Bridge. Guided tours are available and start with a overview of the geography shown on a relief model of the area. Films, documentaries and artifacts give an in-depth insight into the mission. 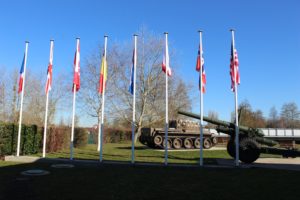 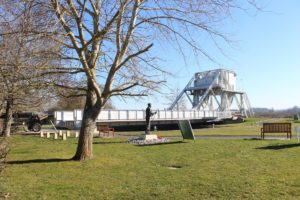 There is plenty of parking at the museum. It’s just a short walk to Pegasus bridge from here.

Have a look at the video below for an insight into the memorial museum.

The Chateau at Pirou

The Vauban Tower on Tatihou Island

A Year Of Photos in Normandy