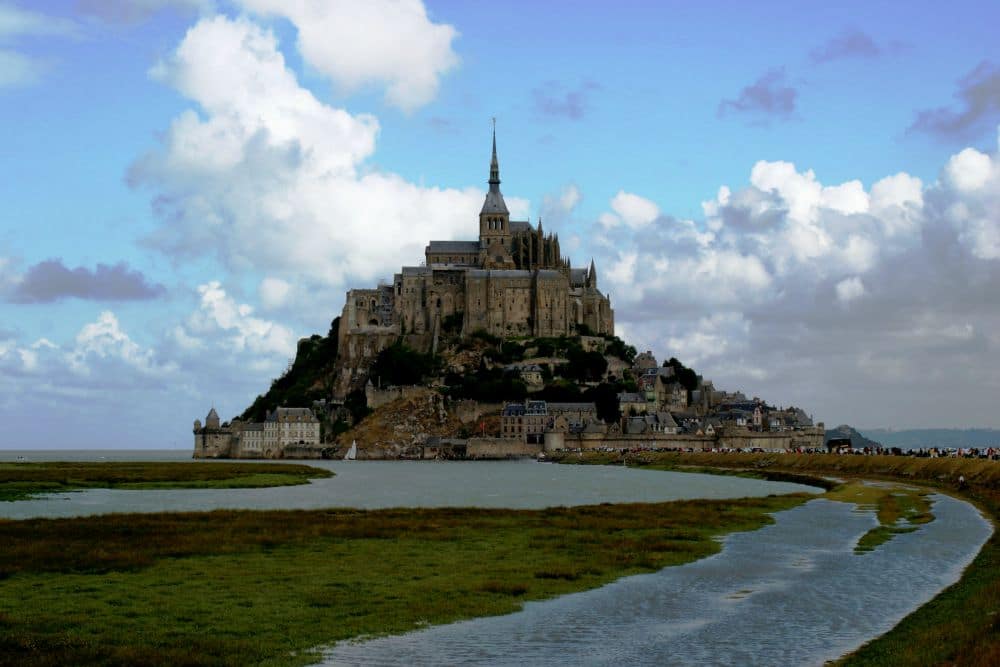 Mont St Michel is extremely popular and during July and August it can get very busy. Check the website for opening times, parking arrangements and tide times. Arriving at the start of the day or towards the end of the day will mean it is quieter. During the summer of 2015 the abbey had extended opening hours until after midnight. Saturday can also be a good day to go as this is often the start and end day for holidays. There are also a couple of alternative routes which will avoid the main narrow street. Instead of going through the main entrance, head towards the left and the ‘gendarmerie’. Go underneath the arch and this path doesn’t have the crowds. Alternatively, go through the main entrance and start walking up the main street. You’ll see ‘La Poste’ (the post office) on your left hand side and turn left immediately after it. This is also quieter.

Edited from the official Mont St Michel website: It was at the request of the Archangel Michel that Aubert, Bishop of Avranches, built and consecrated a small church in 709. Over the centuries additions have been made including a pre-Romanesque church, a set of crypts, monastery buildings, two Gothic three-storey buildings crowned by the cloister and the refectory, ramparts and a chancel.

The Abbey was turned into a prison during the days of the French Revolution before closing in 1863.

UNESCO has classed the Mont Saint-Michel as a world heritage in 1979 and this mecca of tourism welcomes more than three million visitors a year.

Extensive work has been carried out on the access to Mont St Michel. This was completed in 2015 and includes a large car park, free shuttle buses, a pedestrian bridge and a new road/bridge which enables the sea to surround the island.

Titanic artifacts and stories at Cherbourg

Dahlias and Garden Festival in Coutances