Hambye Abbey is a delightful 12th century abbey just a few minutes drive from Hambye in Normandy. It was once a thriving monastery but fell into decline with the last monks leaving shortly before the French revolution.

It’s set in a valley in a calm and tranquil site of natural beauty. Despite being quarried, the abbey church ruins exude peace and serenity – perhaps due to the setting.

The buildings are extensive and many of them are intact having being restored. A room above the gatehouse as well as the Lay Brothers’ House often house exhibitions and tell the history of the abbey.

My favourite building is the Chapter House where the monks met every morning to read an extract from the Rule of Saint Benedict. They also dealt with the abbey’s daily business and heard confessions.

The cloister occupies the space between the church, the Lay Brothers’ House, the monk’s accommodation and the refectory. It was a space for prayer, meditation and reflection. Today, very little of it remains except for 6 small columns but it boasts a small well-tended garden.

It’s open every day except Tuesdays from April to September but closes at lunchtimes. In July and August it opens on Tuesdays as well. Guided tours of around an hour are also available. See the website for more information and opening hours.

It is a stunning site and I’d buy a season ticket if I could! The restoration programme is a triumph. Despite the fact that the monks have long gone, I always feel as if I’m walking in their footsteps as I discover the environment they lived, worked and prayed in. I’d recommend a visit to Hambye Abbey and to tempt you here’s a drone view showing some of the abbey’s gothic architecture in all its glory.

This photo of the abbey in Hambye is another favourite from my photo collection. The abbey is a medieval Benedictine monastery that was founded in 1145. This photo is taken from the apse of the abbey church. You can see the flying butters structures overhead and also the church’s tower. There’s no roof to the… 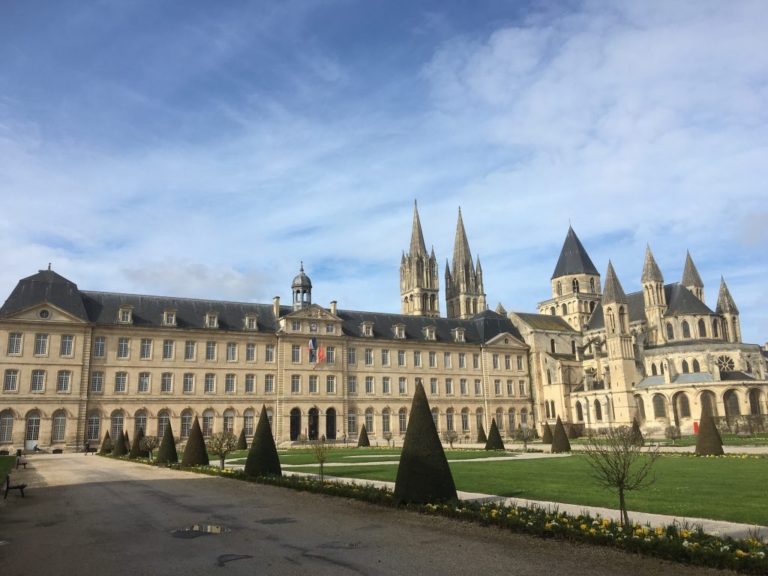 The Men’s Abbey in Caen was founded in 1063 by William the Conqueror. There are two key parts to this magnificent building which is known as l’Abbaye aux Hommes in French The first is the abbey church of Saint Etienne and this is where William was buried. The church is free to visit and is…

When the weather is getting warmer, it’s the perfect time to enjoy some time rock pooling. It’s a great activity for children so very family-friendly. This activity will allow children to explore the sea life creatures living in the rock pools as the tide recedes. The rock pools in the photos are in Granville in… 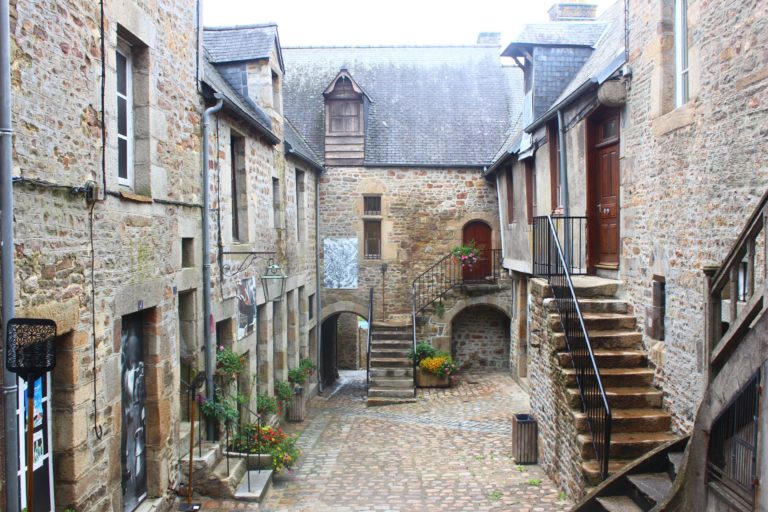 A guided walk in Villedieu is one of the best ways to discover this historic town which was established in around 1130. There are 14 orange and brown information boards with text in both French and English to help you on your walk through centuries of history. Practical Information Villedieu is relatively compact although this…