In just over a week Normandy will welcome veterans, veterans families, dignitaries and tourists for D-Day. Throughout the region there will be events galore to commemorate the 75th anniversary of D-Day on 6th June. 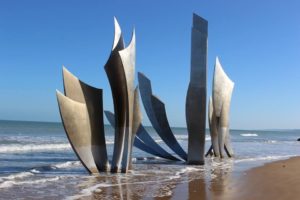 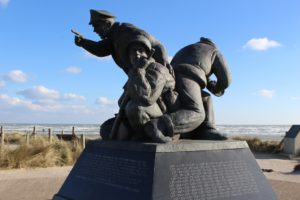 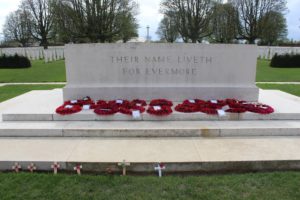 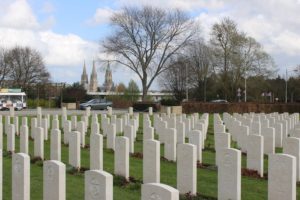 Some events have already started and you can check out the programme of events here.

Alternatively, have a read of the Normandy Tourist Board’s visitor guide in PDF format.

The events will be impressive and emotional at the same time. One of the most ambitious events has to be Daks over Normandy. In 1944 the airborne assault on Normandy was formed by over 800 Douglas C-47 Dakotas. The UK and Normandy skies will be filled with Douglas DC-3/C-47 Dakotas and hundreds of Paratroopers. The event will be held in two locations: from 2 to 5 June at Duxford Airfield in the United Kingdom and from 5 to 9 June at Caen Carpiquet Airport in Normandy. Around 250 men and women will board the aircraft in the United Kingdom, fly across the English Channel and to jump into the historic Normandy drop zones. Have a look at the video below.

There will be some traffic restrictions in place on 6th June around the landing beaches, Bayeux and Caen. More information is here. 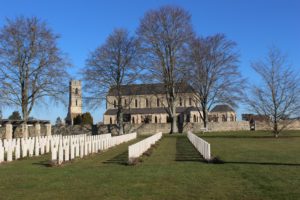 There will also be local events away from the Normandy beaches. Coutances will be commemorating D-Day with an event on 6th June. There will be a ceremony at the cemetery at 6pm followed by mass in the cathedral at 7.30pm. An exhibition of D-Day related photos will also be launched and will run until 6th September. The large-scale photos will be dotted around the town. The cathedral and two churches escaped relatively unscathed during the war although many buildings surrounding them were destroyed.

A series of three guided tours will start the following week. They’re free and you don’t need to book. Meet on Wednesday 12 June, 11am at Roncey church to hear how the Germans were surrounded by the Allies. On Wednesday 19 June at 11am, the story of the destruction of the Pont de la Roque will be told at Heugeville-sur-Sienne. British troops dropped bombs on the bridge to prevent German reinforcements advancing towards the landing beaches. Finally, on Wednesday 26th June you can learn about Coutances reconstruction after the bombings. Meet at 11am at the Quesnel-Morinière museum courtyard. The tours will be in French.

D-Day was just the start of the Battle of Normandy and the fight to liberate Europe. However, some events will continue throughout the summer. The memorials, the cemeteries, the museums and the spirit of those who sacrificed their lives for our liberty will always be here in Normandy. Lest We Forget.

For a guide to the D-Day beaches, read this guide and watch the video below for an overview of some of the D-Day sites.